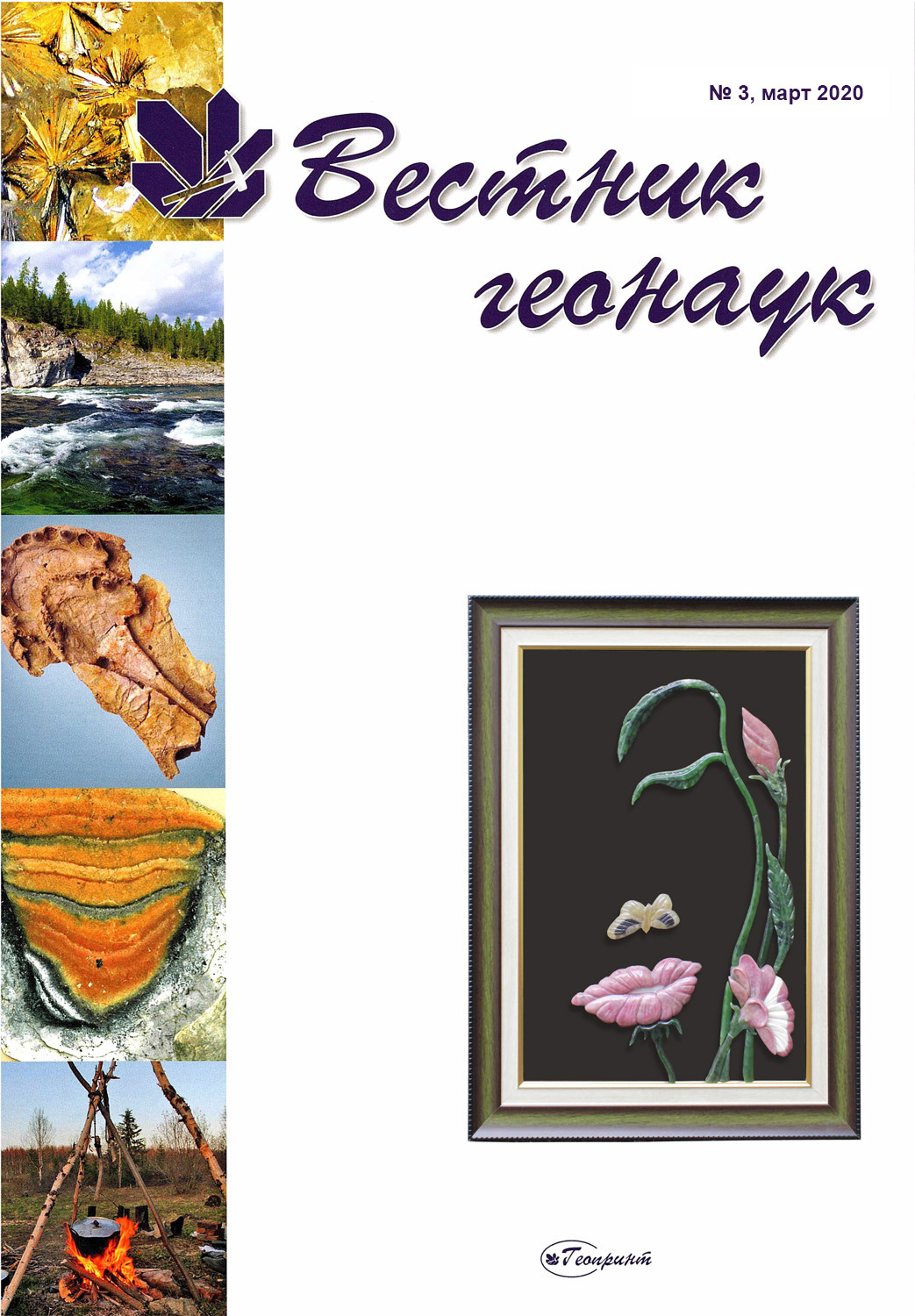 We have chosen borogypsum for our study, which contains gypsum and silicon dioxide used in various industries. Present methods of borogypsum processing were considered. A new flotation reagent was proposed to separate the silicon concentrate from boric acid production waste. With the help of methods of mathematical planning, a multifactor experiment was carried out to reveal the optimal mode of flotation. We chose the following factors: temperature, pH, concentration of the main flotation reagent, agitation time, and also the time of flotation. The results of an experimental study of the raw material and obtained samples were presented with the help of modern physicochemical methods (spectrophotometry, IR spectroscopy, scanning electron microscopy, X-ray phase analysis), which allowed studying the chemical and mineral compositions and the structure of the samples. The new flotation concentration technology from boric acid wastes was developed.

The article is dedicated to the geological results of a comprehensive expedition to the Polar Urals, sponsored by brothers N. G. and G. G. Kuznetsov and organized by the Imperial Academy of Sciences, Geological Committee, and Russian Geographical Society from May 22 to September 9 (old style) of 1909, as well as to the 140th anniversary of the head of the expedition, the outstanding petrographer O. O. Backlund. The expedition faced the wide distribution of metamorphic rocks. The guiding ideas and methods of reconstructing their primary (sedimentary or magmatic) nature used by O. O. Backlund are of great historical interest. Besides, the article draws attention to the problem of rational classification of rocks, which has not been solved so far.

Yanulov. The 100th Anniversary of the warrior and wonderful crystallographer
V. I. Silaev, A. M. Askhabov, A. F. Khazov, P. P. Yukhtanov

Yanulov. The 100th Anniversary of the warrior and wonderful crystallographer
V. I. Silaev, A. M. Askhabov, A. F. Khazov, P. P. Yukhtanov

The article is devoted to the scientific biography of the prominent Russian crystallographer Yanulov Kirill Paskalievich (1920–2004), whose supervisor was the outstanding Leningrad crystallographer Osip Markovich Ansheles (1885–1957), E. S. Fedorov’s disciple. We analyzed his most important scientific achievements.